The group was formed to share knowledge about the unique wildlife habitats in the parish of Minchinhampton and to enjoy the local environment in the company of like-minded people. We also monitor and investigate local habitats in conjunction with conservation organisations. Knowledge that we gain is shared on this website and by creating documented walks around the parish.

We recently found this example of a bolete on the Common - unusual, since they usually occur in woodland, and this example was a good distance away from the nearest trees.

I have not definitively identified it because that would require looking a the spores and cutting the flesh to observe the discolouration in air. I wonder whether it is Boletus luridus, which is associated with calcareous ground (though usually beach woodland) and also has a red reticulation on the stem against the lighter background.

Lots of Puffballs around 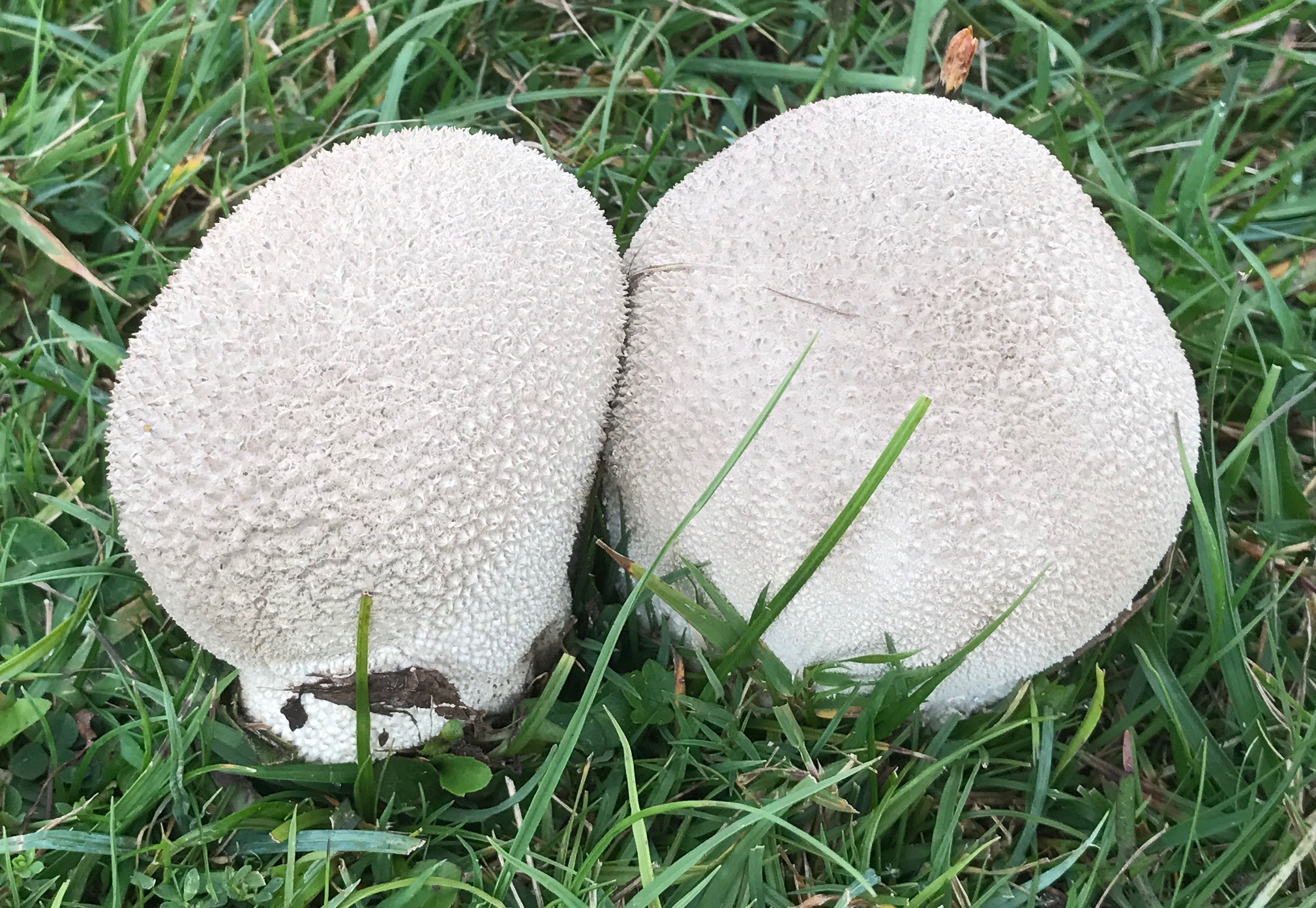 Photographed this morning on Minchinhampton Common. I think that this is Lycoperdon utriforme. (Each about 6-8cm across.) There seem to be lots of these around at present (along with other fungi) after the recent damp weather.

Time to look for glow worms

There are several local sites that have proved reliable:

The light needs to be pretty much gone before you will see any - and then they look remarkably like a small green LED light.

Glow worms are not, in fact, worms but beetles: we were lucky enough to come across one in the daylight (see the photo above).

As the sun emerged fleetingly today we took a walk along the Pinfarthings Banks where it was good to see the emergence of the last of the five species of Blue Butterfly that frequent the Minchinhampton Common area. We have only seen quite small numbers of Common, Adonis and Little Blues this year although more Holly Blues than usual earlier in the season. 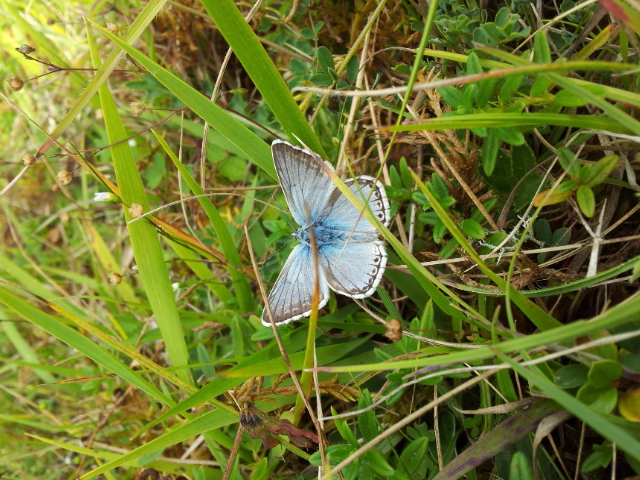 Visible this morning by the rugby pitch at the top of Windmill Road. 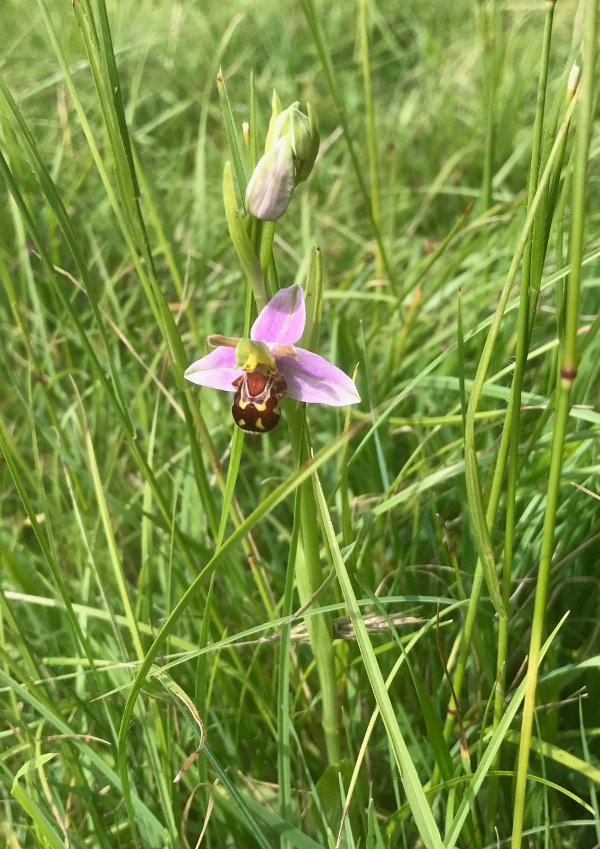